Everyone working with mobile games in the West already knows Archero. The successful shoot-em-up style ARPG-esque roguelike-ish action game, where players clear sequences of short levels of enemies with their archer hero while avoiding getting shot themselves. And, since many Western game developers struggle with the age-old dilemma of how to make their game more appealing to the Chinese audience, you could be asking yourself: “What would Chinese Archero look like?”

Editor’s note: Baozou Daxia was removed from the Chinese iOS store in mid November 2019 after the release of this blog post.

Well, a textbook example of how to do it emerged in early September, although made by a Chinese developer, Dream of Dragon Games (大梦龙途). Their game Baozou Daxia (暴走大侠), which directly translates to “Berserk Swordsman,” immediately jumped to the Chinese IOS top 50 grossing after launch, while Archero itself has not yet monetized in China via IAPs despite holding top ranks on iOS downloads. The core gameplay of Baozou Daxia is almost a carbon copy of Archero, but with the visual theme changed into a Wuxia/Chinese fantasy theme. There are some big differences on the feature level, however, and it just happens that many of them can be identified as “typical Chinese features,” that we have introduced in previous blog posts (make sure to check out our What to know about Match3s & RPGs in China posts if you haven’t already!). 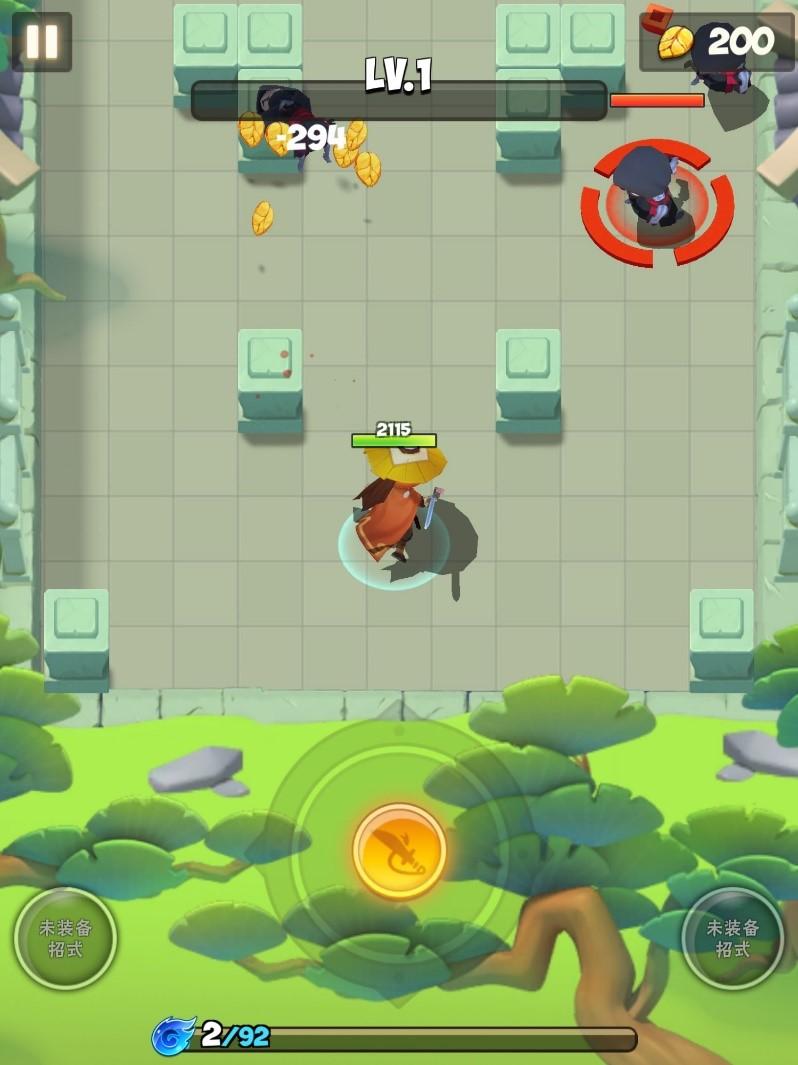 Using GameRefinery’s Compare Games tool, you can immediately see that despite the similarity in core gameplay, there are significant feature differences between Baozou Daxia and Archero. Apart from the more apparent Chinese fantasy visual theme, there are many other “typically Chinese” features in Baozou Daxia that cater specifically to the tastes of Chinese gamers. Most characteristically, the game has a slightly deeper character development meta than Archero (although there is only one playable character unlike in Archero). Baozou Daxia also has a character collection system (with more gachas!), where players collect hero cards into an album, triggering permanent stat boosts in the process. The collectible hero cards are currently not used in the core game, and it remains to be seen if they will be used in one of the foreshadowed to-be-released game modes. 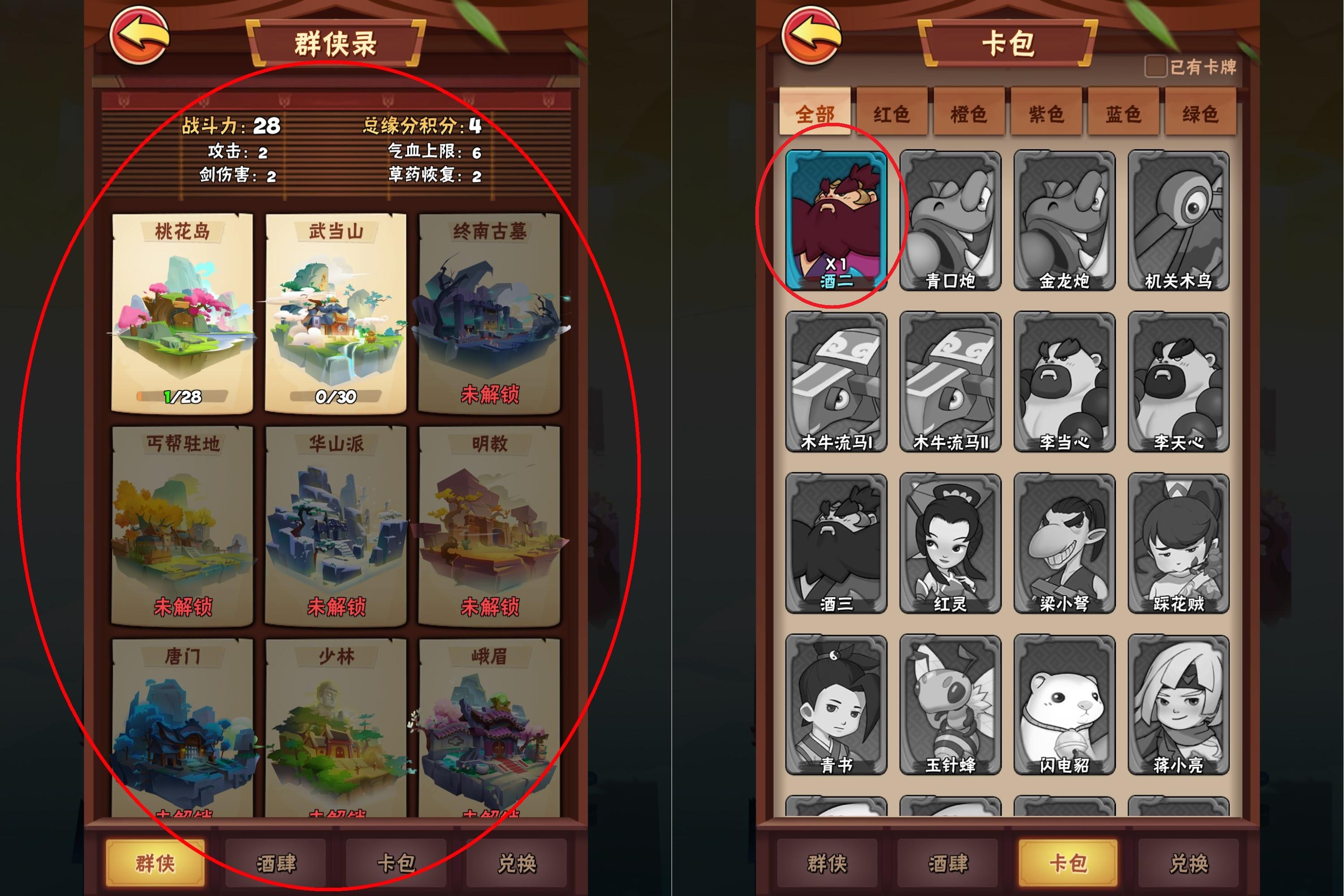 There’s also another permanent boost system called “the school” in Baozou Daxia, which at first glance looks like a typical guild system, but when you look closer you notice you’re the only real player in the “guild.” This boost system consists of NPC-like menus in which you find different ways to consume activity points in exchange for various permanent boosts. Typical for Chinese RPGs, players can also increase their relationship level with some of these NPCs and eventually even become “companions” with some of them to receive further buffs. 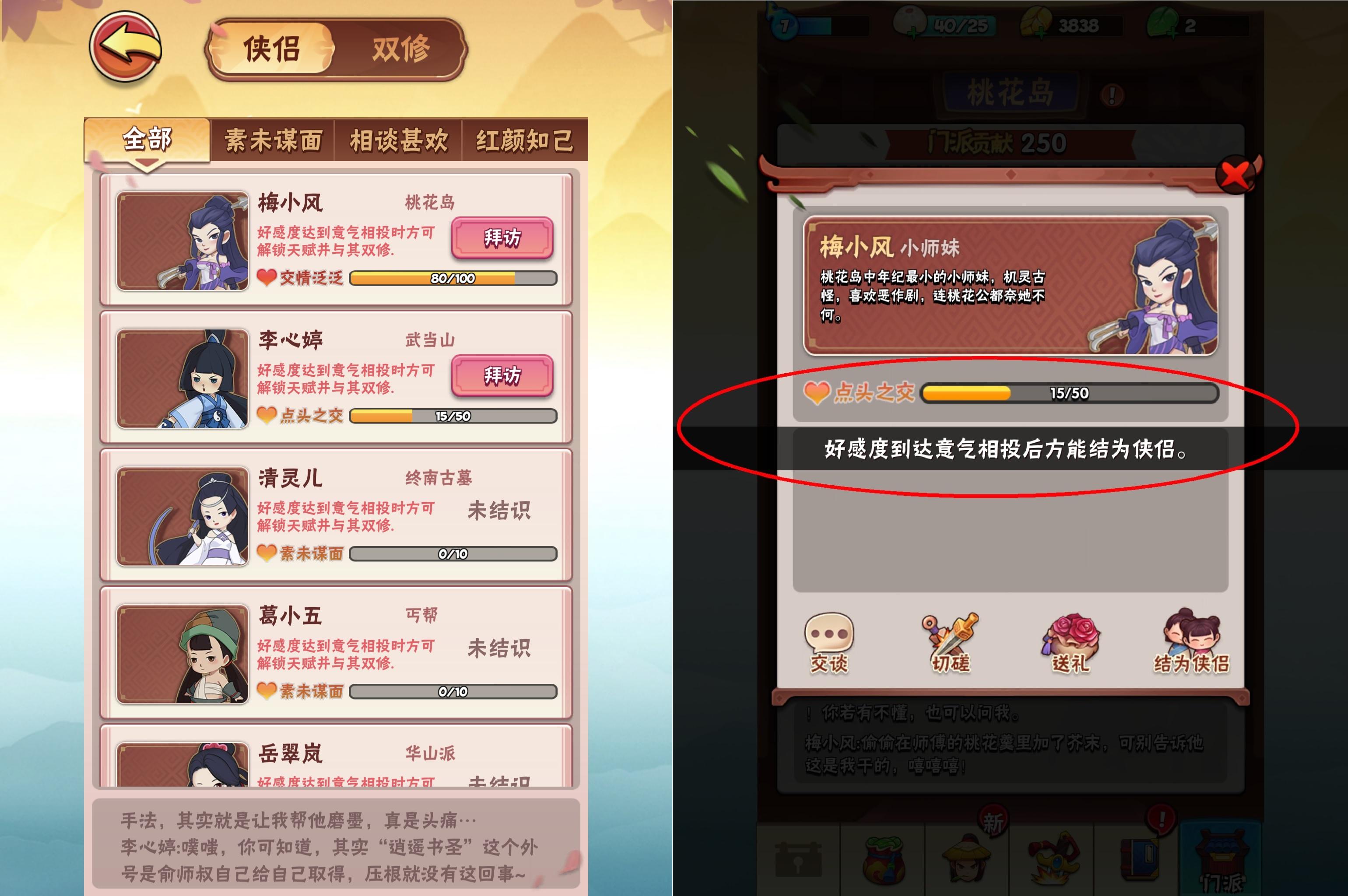 In Baozou Daxia, the player can develop their relationships with female NPCs.

As Chinese mobile gamers generally like stress-free, easy gameplay, it comes as no surprise that Baozou Daxia includes an auto-loot system. This allows players to reap extra experience points by spending some energy points and premium currency to auto-loot levels that they have already passed. This way, players can easily develop their character and make core gameplay on new levels a bit easier. 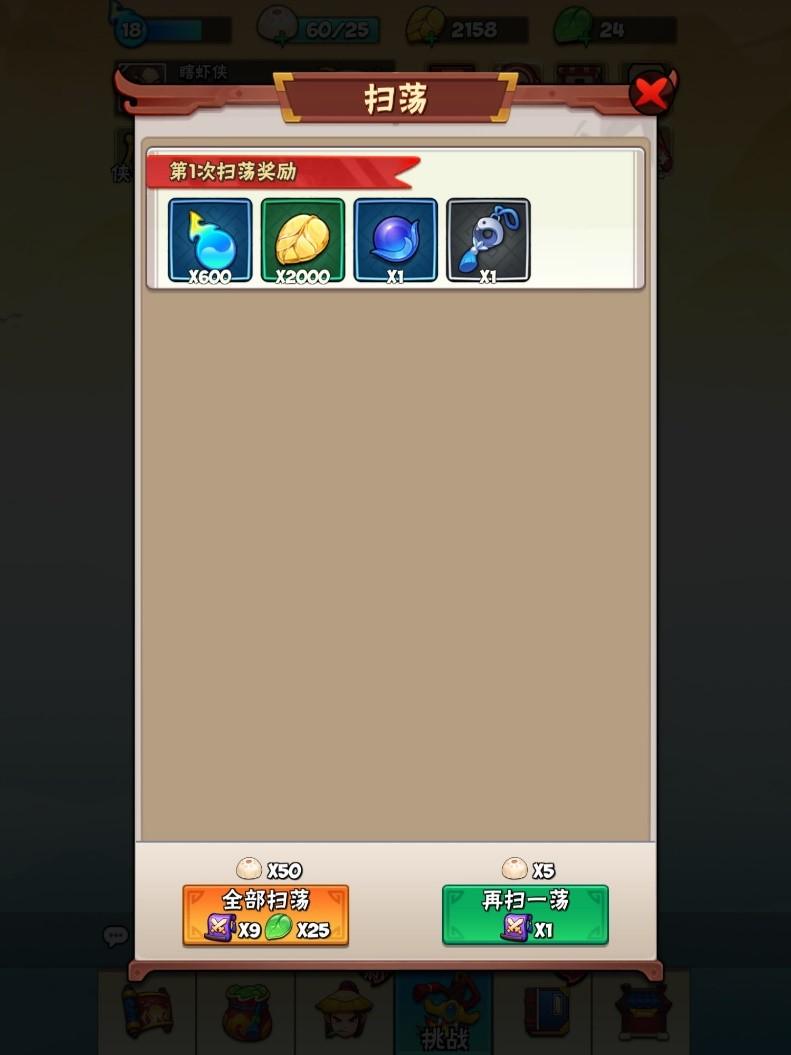 There is an auto-loot system in Baozou Daxia, which utilizes a special auto-loot pass consumable boost.

Another system in Baozou Daxia, that is commonly found in Chinese RPGs, is located in the “guild-like” permanent boost system (the “school”) of the game: the so-called “school tasks,” which are automated tasks that take a fixed period of time, in this case, eight hours each. This type of tasks are often found in Chinese character-collector games where players can send some of their characters to execute “adventure tasks” or “go travelling.” Characters are then gone for various lengths of time to acquire rewards such as XP, equipment, soft currency, etc. In addition to providing an easy method for acquiring rewards, this system also works as an incentive for players to log into the game several times a day to select to activate new tasks after the previous ones are complete. 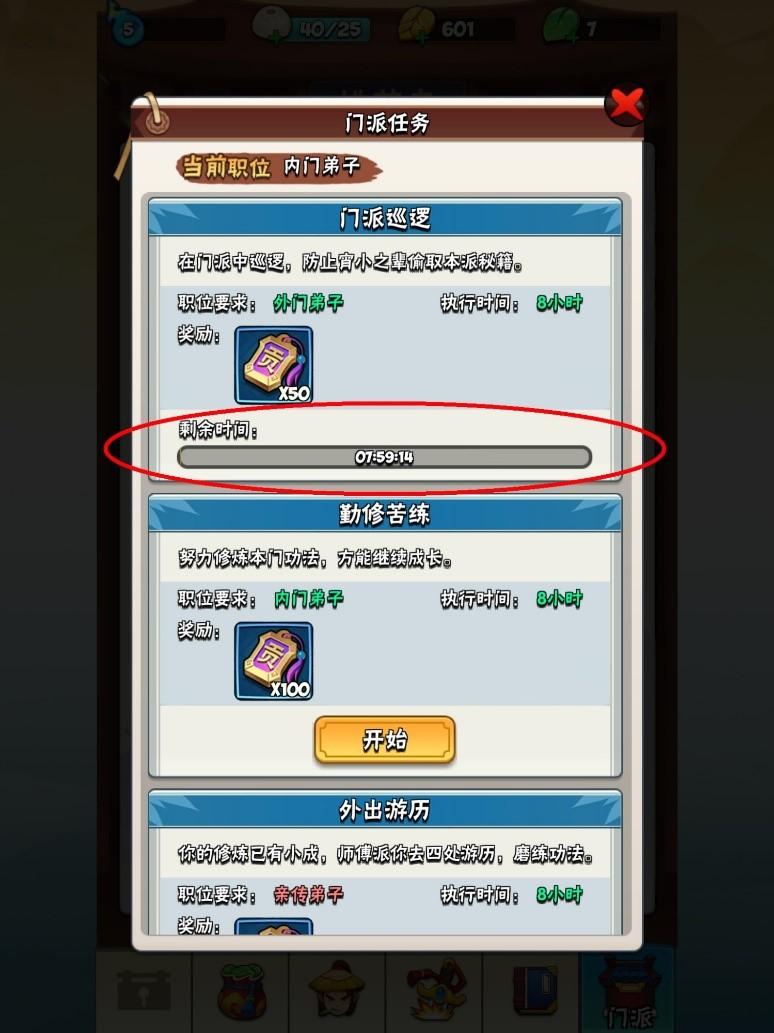 “School tasks” are one type of appointment mechanic in Baozou Daxia.

In Archero, there is a late-game reward system called “time reward,” which grants players with free soft currency and experience points based on how much time has passed. This mechanic is somewhat similar to an offline time reward system often seen in Chinese RPGs, except that in this case, the system does not discriminate between online and offline time. Players can collect rewards each hour or wait until the rewards cap after three days. This way, the same system serves active players who want to collect the rewards quickly (although they have to wait at least an hour), as well as less regular players, who will have to come back at least every three days to reap the full benefits of the system. This system exists in Baozou Daxia as well; however, it is accessible already early in the game, making it yet another system that facilitates easy progress. 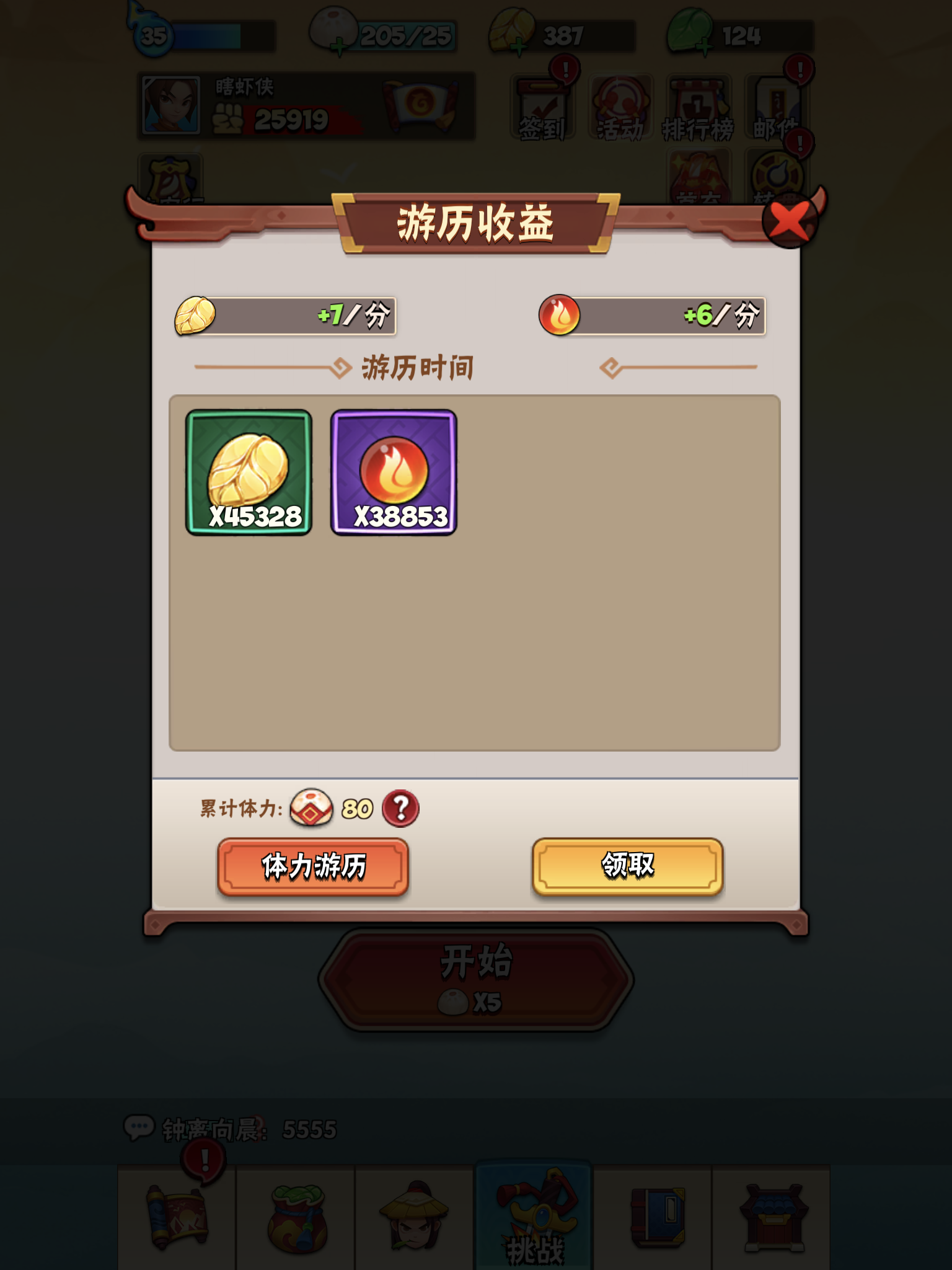 Baozou Daxia has “time reward” unlocked from the start, which is both a ‘multiple session per day’ and a ‘periodical’ re-engagement feature.

All in all, Baozou Daxia has made exactly the right tweaks on the feature level to make it more localized for the Chinese market: with a deeper meta game, several more ways to ease in-game progress, and a character collection layer with gachas, social features etc. All these features are time-tested, sure-fire ways to make your game competitive on the Chinese market, but they are just the tip of the iceberg. To access the complete list of almost 40 feature differences between Baozou Daxia and Archero, be sure to subscribe to GameRefinery’s service now! 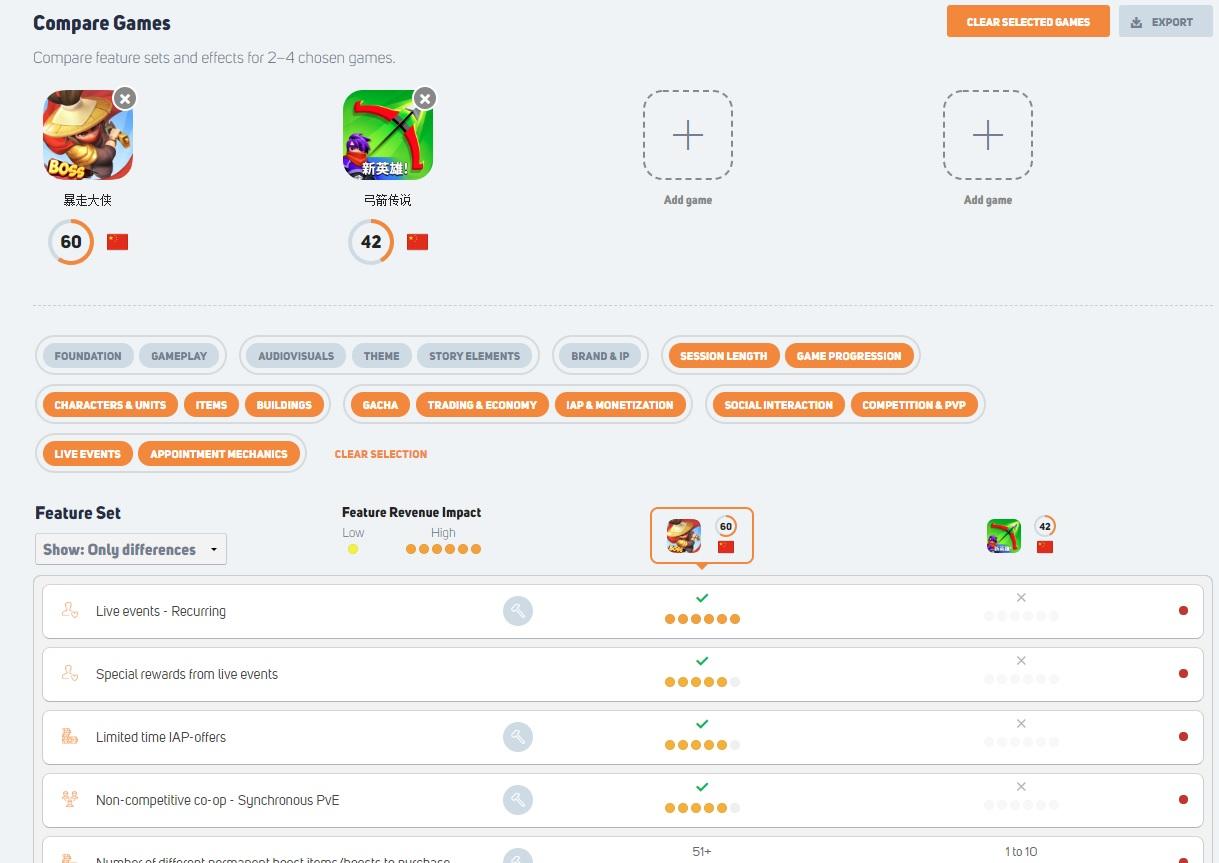 Bam, Splat, Kapow: How to use Sound Effects to bring your Mobile Game to Life