We all know how important and challenging it’s to create and expand your player base and retain it. Some games re-engage their players by facilitating communal systems, such as guilds, to enforce social commitments to the game. Others use exclusive limited-time events and content to instigate FOMO among players. Then some games rely on publishing more and more content, levels, and story to give their players a reason to come back.

Here at GameRefinery, we offer data and actionable insights on all of the ways mentioned above to boost retention. But in this blog post, we’re focusing on yet another set of tools that can help you create compelling incentives for players to revisit your game: appointment mechanics.

There are many things to consider when building an appointment loop, including:

First, we’ll take a look at what data tells us about the popularity of these appointment mechanic components in different game categories. To be more specific, we’ll take a high-level look at the top 200 grossing games (US market, iOS) in Casual, Mid-Core, Sports & Racing, and Casino and identify similarities and differences between these categories, as well as which features appear to differentiate the best performing games from the rest. If you’re interested in finding out more about how we categorize games here at GameRefinery, please make sure to check out this blog post on the topic.

Finally, we’ll also go over some examples of how different kinds of games have implemented appointment mechanics.

So without further a due, let’s get into the topic!

Data on appointment mechanics among Casual, Mid-Core, Sports & Racing and Casino games in the US

From here, we can make a couple of interesting observations:

Let’s then take a quick look at some exciting ways to implement an appointment mechanic and a couple of new feature inspirations from Asian markets. 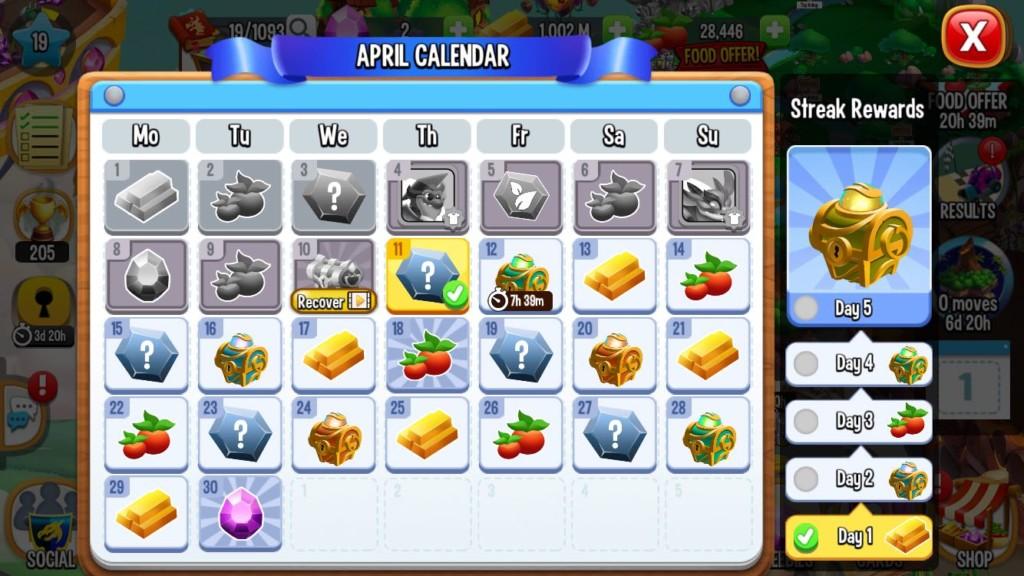 Adding different kinds of progression elements to your daily reward system is a great way to boost retention. Dragon City Mobile has a login calendar that gives players better rewards based on the number of consecutive days they have managed to log in. 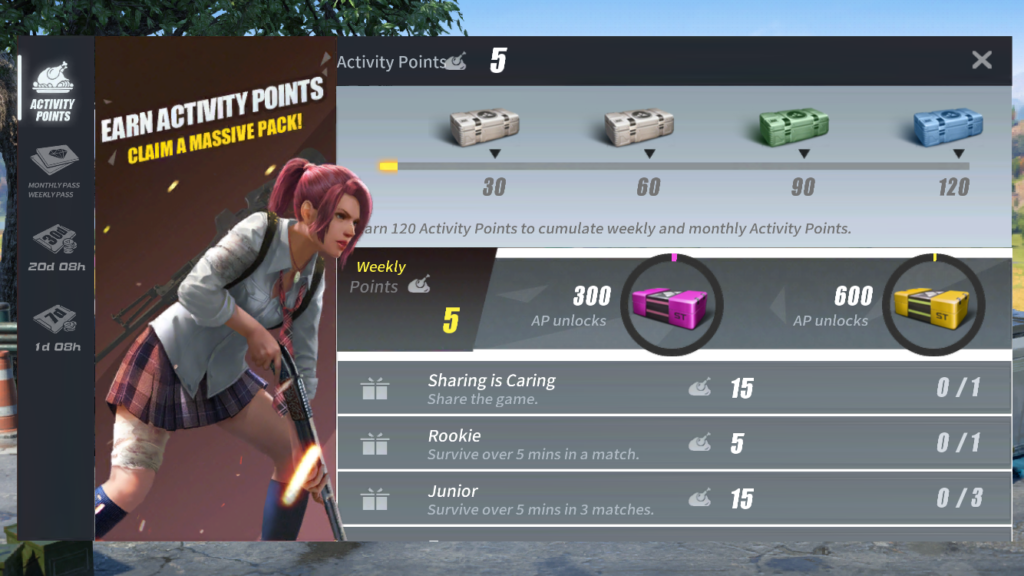 NetEase’s Battle Royale Rules of Survival has a weekly (and monthly) quest system that gives players rewards once they meet certain activity point thresholds. The more tasks a player completes, the more activity points they get, which results in better rewards. The tasks, rewards, and collected activity points refresh each week. 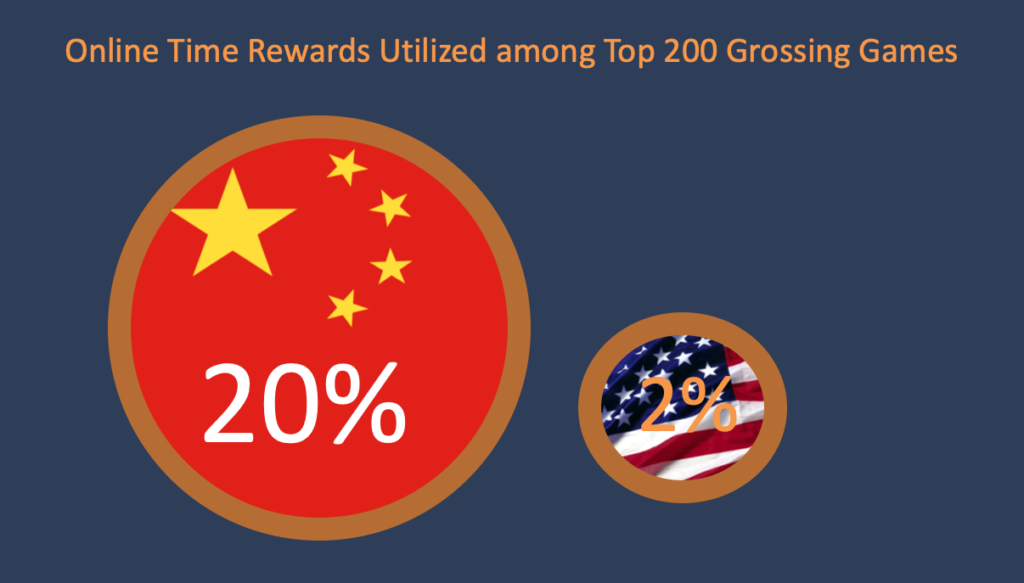 A common sight in Chinese RPGs, online time rewards are all about giving out rewards based on how long a player keeps the application open and stays in the game. Therefore, it’s not enough to open the game a few times a day and collect rewards; instead, players need to keep the game open. 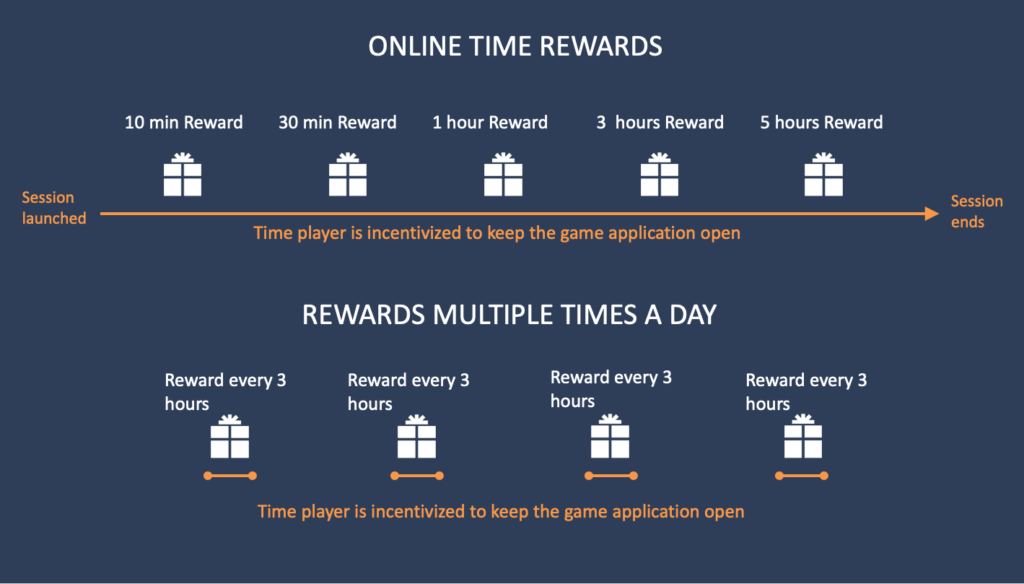 Online time rewards give a much stronger incentive to keep on playing than systems that only require a “reward pick-up.”

You can often see a visible timer somewhere in the main menu or an easily accessible location so that players can check how long they need to continue playing before unlocking the next reward threshold. The mechanic and rewards are usually refreshed daily. 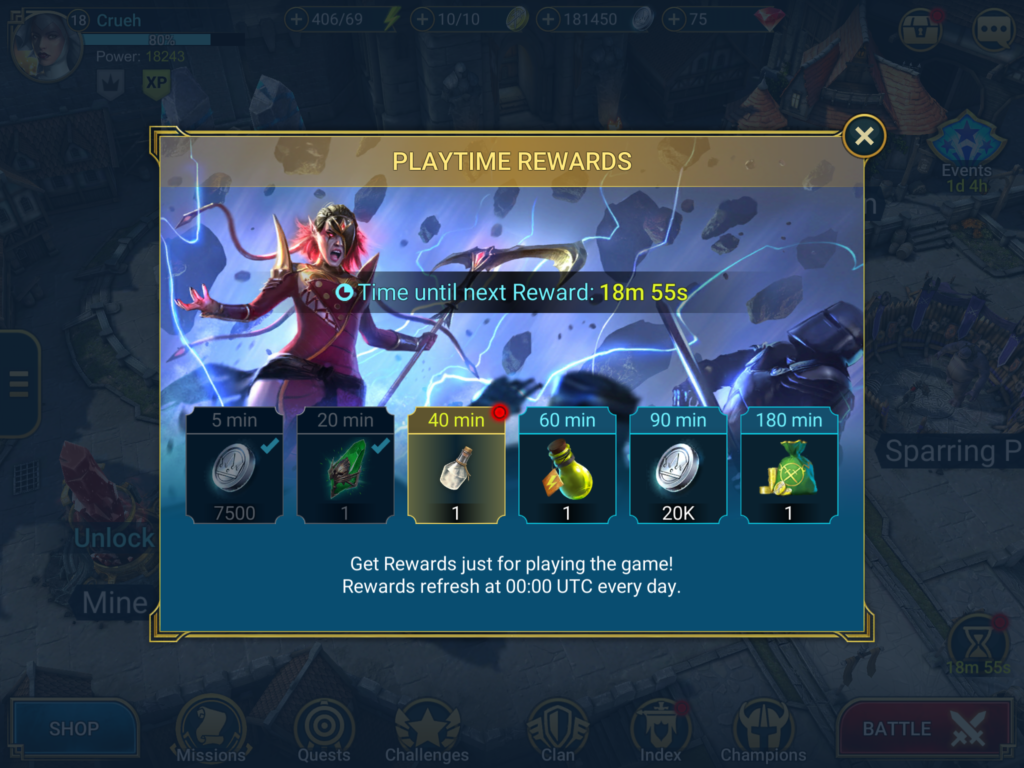 All in all, online time rewards are an excellent way to increase your players’ session lengths. 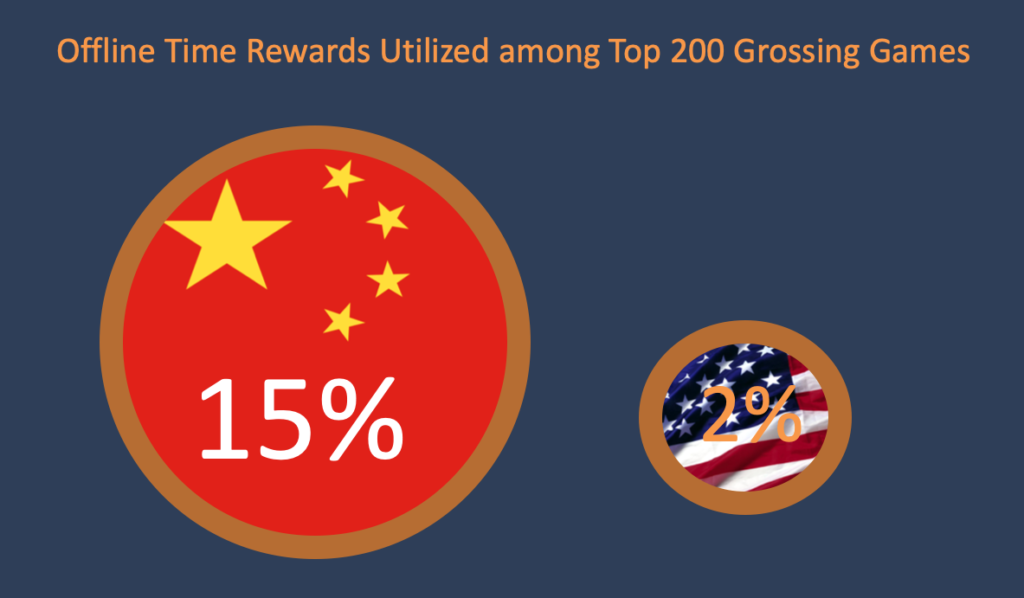 Rewarding your players for not interacting with your game can be counter-intuitive, but the idea here is to reward players when they come back to the game, based on their time offline. For example, in many Chinese MMOs, players can receive offline experience based on the time they were off. Often, games have a time cap on the amount of XP you can gain from a single session to ensure that players check-in regularly. Here developers pull on the same strings as in games with a building/resource gathering-meta, where the stone quarries and lumber mills frequently call for players to clean up their stockpiles. 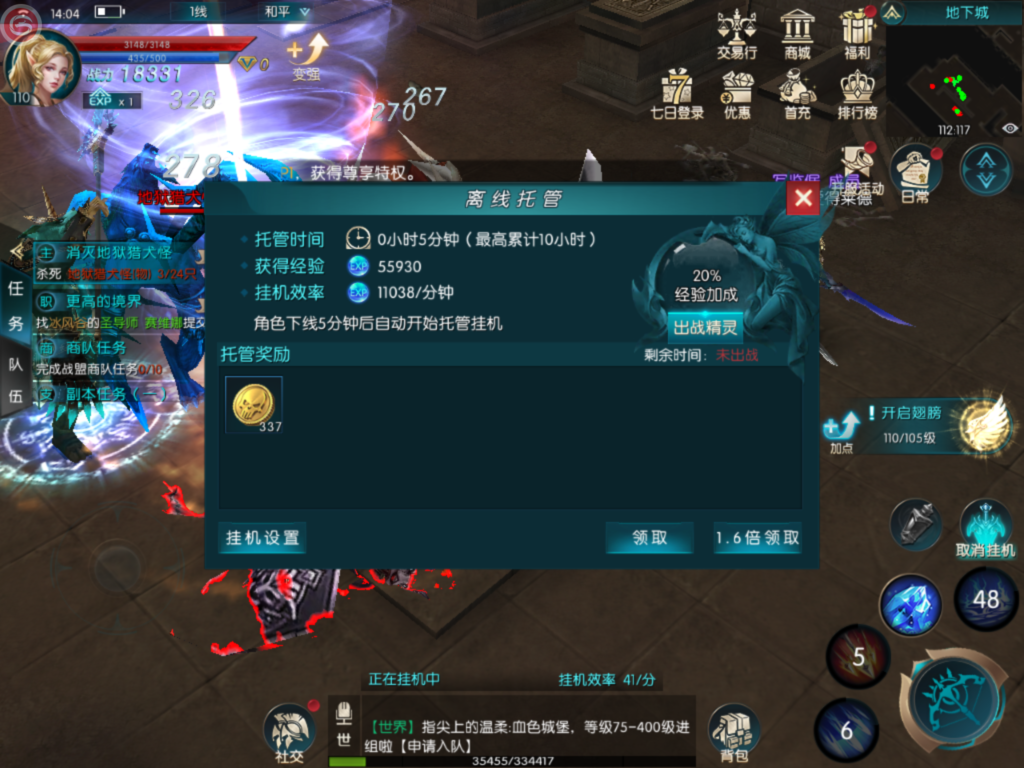 To Wrap it up

Finally, here’s a short recap of this posts main points:

In this blog post, we took a high-level look to illustrate some differences that stood out in a single market. However, you can do the same with a more targeted approach by digging deep into sub-genres (e.g., Match3s vs. ARPGs) or compare different markets (e.g., the US vs. Japan) to find answers to questions such as:

A) Which appointment mechanics are most used and most differentiating in MY game genre?

B) What different ways are there to implement these features in MY game?

C) Are my competitors utilizing these features? If so, how have THEYplemented them?

Make sure to sign up for our free layer of the service to find out more!