An overview of how hugely different these various markets are can be seen when looking at the top grossing lists of three of the biggest mobile games markets in the world: US, Japan and China. 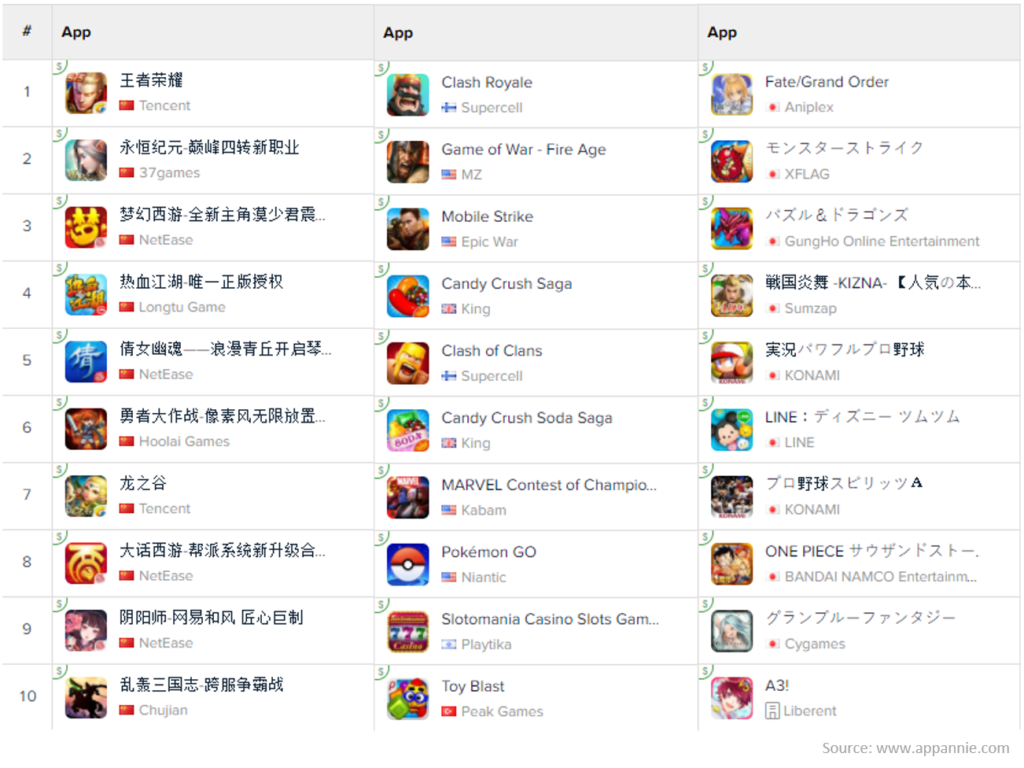 It’s clear that these three markets are different, but how about the dozens of the other markets? This was the question we wanted to answer – and to back it up with facts. To make the results easy to understand, we wanted visualize the answers, and to create the “true world map” of mobile game markets.

Measuring the similarity between markets

To measure the similarities between the markets we took a simple but effective approach: we calculated the number of the same game titles these markets have on their top grossing list. For example, 7% of the top grossing 500 games in China and Japan are identical, whereas the share of the exact same games in UK and the U.S. is 71%. These results indicate that – when it comes to mobile games — the U.S. and UK are much more alike than China and Japan.

This calculation was conducted pairing all 40 of the biggest mobile game markets with each other. Below you can see an interesting snapshot of the results. If this piqued your interest and you want to access the whole data set, please contact me (vp(at)gamerefinery.com).

While there are multiple different approaches available to visualize difference matrixes, we wanted to stick with a true proven classic; a statistical method called multidimensional scaling. The idea behind this method is, in short, to place all the markets onto a map. The distance between any two markets shows the difference between them. 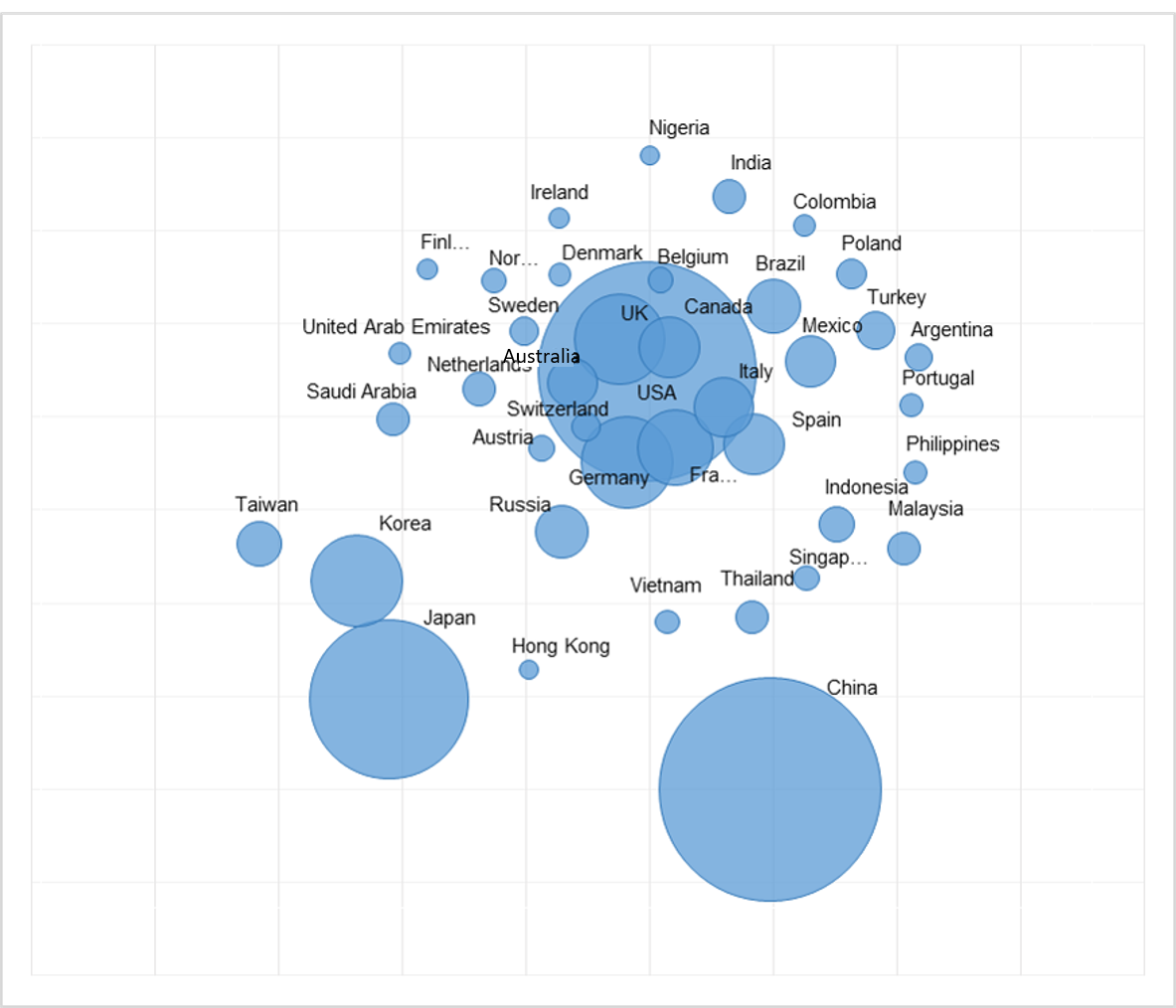 So, what can you learn from this analysis?

Firstly, the three biggest markets, i.e. China, US and Japan, are very different from each other. For example, currently there are 20 casino games in the top 100 grossing list within the U.S., but in China or Japan there are none to be found. On the other hand, in China action RPGs are very popular, but in the U.S. only a few have managed to reach the top places.

Furthermore, while the U.S. is very similar with many of the big western nations, content in markets like Russia and the Nordic countries differ from the rest of the western markets. The map also shows that South East Asia, Spanish speaking countries and the Middle-East form their own clusters

If you need help with picking the right soft-launch country, estimating the potential of your game in a specific target market or optimizing your games feature set locally or globally, don’t hesitate to contact us! We are here to help you reach global heights. 🙂