If you’d have told game developers in the nineties that the gaming industry would grow to almost $135 billion in revenue in 2018, they would’ve declared you crazy. If you’d have then told them that almost 50% of that revenue came from mobile, they wouldn’t even understand what you’d mean with that. Mobile? You mean a cell phone? That’s for calling people!

Editor’s note: This guest post was written by John Robery, Editor-in-Chief at DGaming.com. With over 7 years of gaming industry experience, John knows the industry well and how blockchain technology can help take it forward.

The fact that mobile has become such an important part of gaming in just over a single decade shows how quickly the gaming industry can evolve. And in 2019, the industry seems ripe to evolve once more, into something called DGaming.

This article will discuss what DGaming is, how it’s made possible, how it improves upon some of the pain points of traditional gaming, how mobile gaming fits into the picture, and what the top three DGames currently are.

Ever since then, an increasing number of DGames have been built on blockchain platforms such as Ethereum, EOS, and TRON. Some of the more popular DGames received significant amounts of mainstream media coverage and generate millions of dollars in revenue each year. Even traditional AAA game developers, such as Ubisoft, are investigating blockchain technology.

So there must be something to it. But what does it mean when a game runs on blockchain technology?

Gaming on a Blockchain

In order to understand DGaming, we need to understand how blockchain technology works. While most people think of Bitcoin when they hear blockchain, Bitcoin is only a single application of the technology. A blockchain is a ledger that groups pieces of information, called transactions, into separate blocks that are chronologically linked to each other and that are cryptographically secured through a robust consensus mechanism.

A blockchain is decentralized because people from all around the world can decide to maintain the blockchain by adding transactions to a block, something called mining, and by participating in the consensus mechanism to help make sure that everything remains secure.

Additionally, everything that is recorded on a blockchain and has gone through the consensus mechanism can no longer be altered in any way. It’s also fully transparent. For example, if you’d like to see the first Bitcoin block of transactions ever mined, you can do so right here. This block was mined on the 3rd of January 2009, and the people that mined the block and pushed it through the consensus algorithm received 50 BTC (“Bitcoin”) as a reward. Today, those 50 BTC would’ve been worth almost $200,000. Profitable venture, mining Bitcoin in 2009.

So that’s a blockchain: a decentralized, immutable, transparent ledger. Developers can build applications on top of these ledgers using something called smart contracts. These are little programs that help two parties exchange valuable assets without the need for a third party. Everything is written in code, the value exchange happens automatically, and the actual transaction is then recorded on a blockchain for its security and immutability.

Here’s how this value exchange would work in a game. Imagine you’re an incredibly wealthy player in the EVE Online universe. You found someone willing to sell a Vanquisher Titan spaceship for 400 billion ISK (EVE’s in-game currency). It’s a serious purchase worth thousands of actual dollars if you translate ISK to USD, so you want to make sure nothing goes wrong during the actual transaction.

You would send the 400 billion ISK to a smart contract, while the seller would send the Vanquisher Titan spaceship to the same contract. The contract would automatically run code to ensure that all the right conditions have been met and would automatically exchange both assets, while the hundreds or even thousands of people mining the blockchain of the smart contract would verify whether the transaction was properly done and then record it forever on the blockchain. 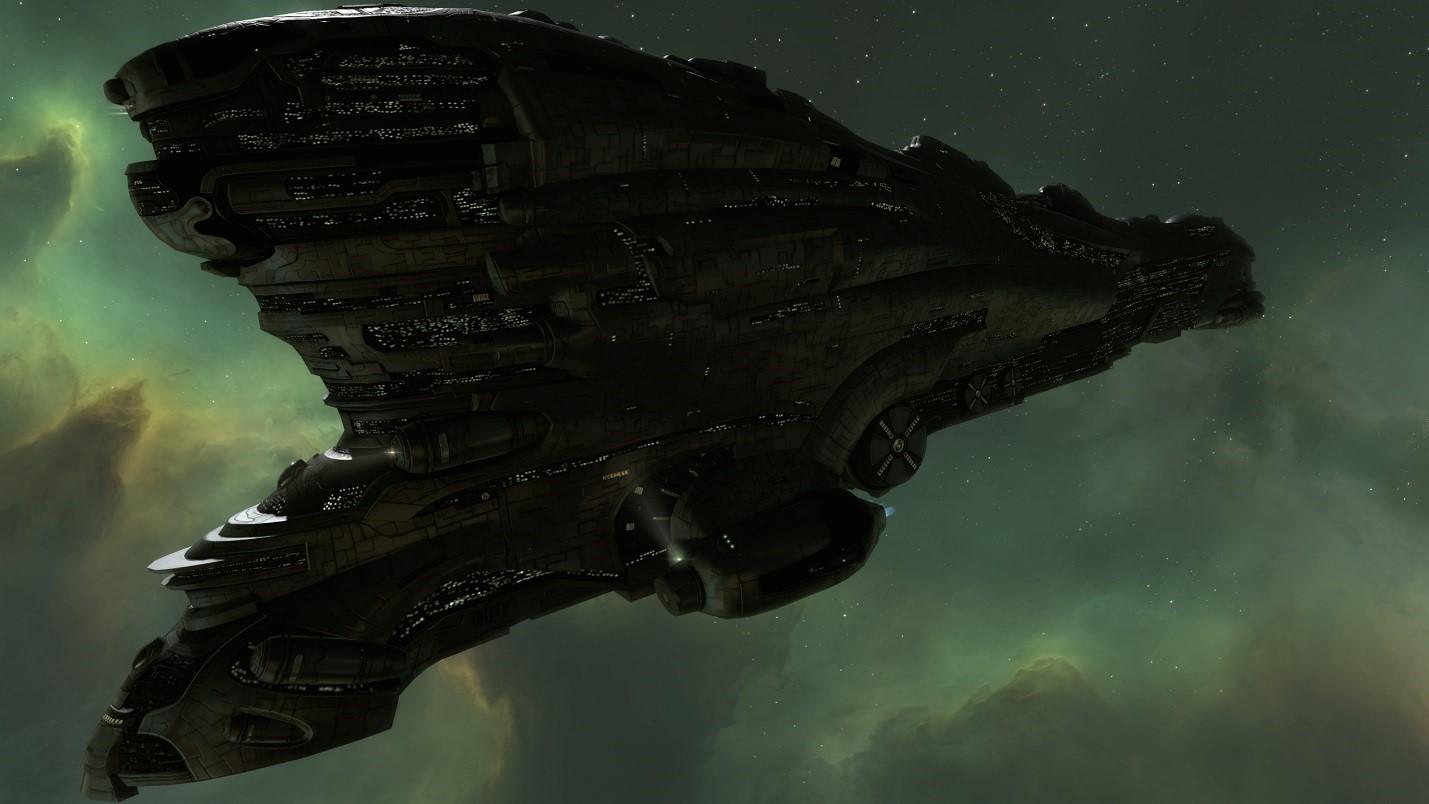 This is an incredibly secure way to exchange value without needing a third party. You might now think, people already do these transactions without needing a blockchain. What are some of the specific benefits that blockchain technology will bring to gamers?

First of all, gamers have full ownership over the in-game assets that are recorded on a blockchain. You might be surprised to know that this currently isn’t the case. The Fortnite costumes or the Counter-Strike weapon skins that you buy aren’t yours, but are still property of the game developer. 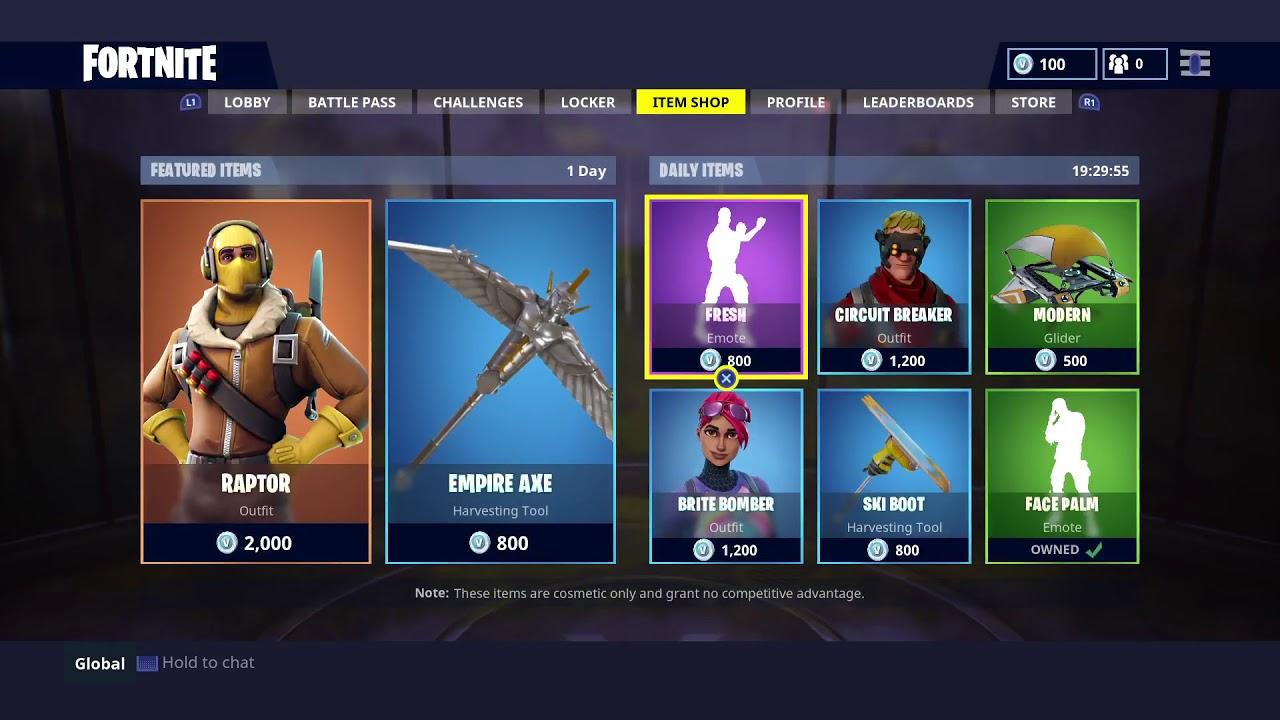 These Fortnite skins might cost you money, but they’re not yours

You having full ownership over your items means that you’re not at risk of the developer changing those items or taking them away, nor are you at risk of losing them if the developer goes bankrupt. But there’s another important implication as well.

Because you fully own your digital items, you’re free to do with them whatever you want. The developer can no longer impose restrictions on those items, because they’re not theirs anymore. If you want to sell those items for real money, you can. In fact, if the game runs entirely on a blockchain and has a cryptocurrency that assigns value to your digital items, it might be easier than ever to start earning money with the items that you gather in-game.

Gamers trade items online already, but it’s often not encouraged by the game developer and it’s not really safe either. In World of Warcraft, for example, you could technically find someone on a forum who’s willing to trade his Legendary Katana for your $20, but how do you know he will actually send you the Katana in-game once you’ve sent him the $20 over PayPal? With blockchain technology, gamers could safely trade their items without being at risk of fraud.

What Does This Mean For Mobile Gaming?

A DGame runs as well on mobile as it does on any other gaming platform. All you need is an Internet connection. In fact, there’s already a large number of DApps (decentralized applications) that allow you to store your digital assets on your phone.

After all, because you now fully own your digital assets and also the cryptocurrencies that might come with certain DGames, you’ll need a place to store them. This can be done on mobile blockchain wallets.

Currently, you still need to download these wallets through the regular app stores, but a few smartphones about to come out have a cryptocurrency wallet built into them. Eventually, you’ll be able to trade your digital, in-game assets using your mobile in a secure and transparent way. 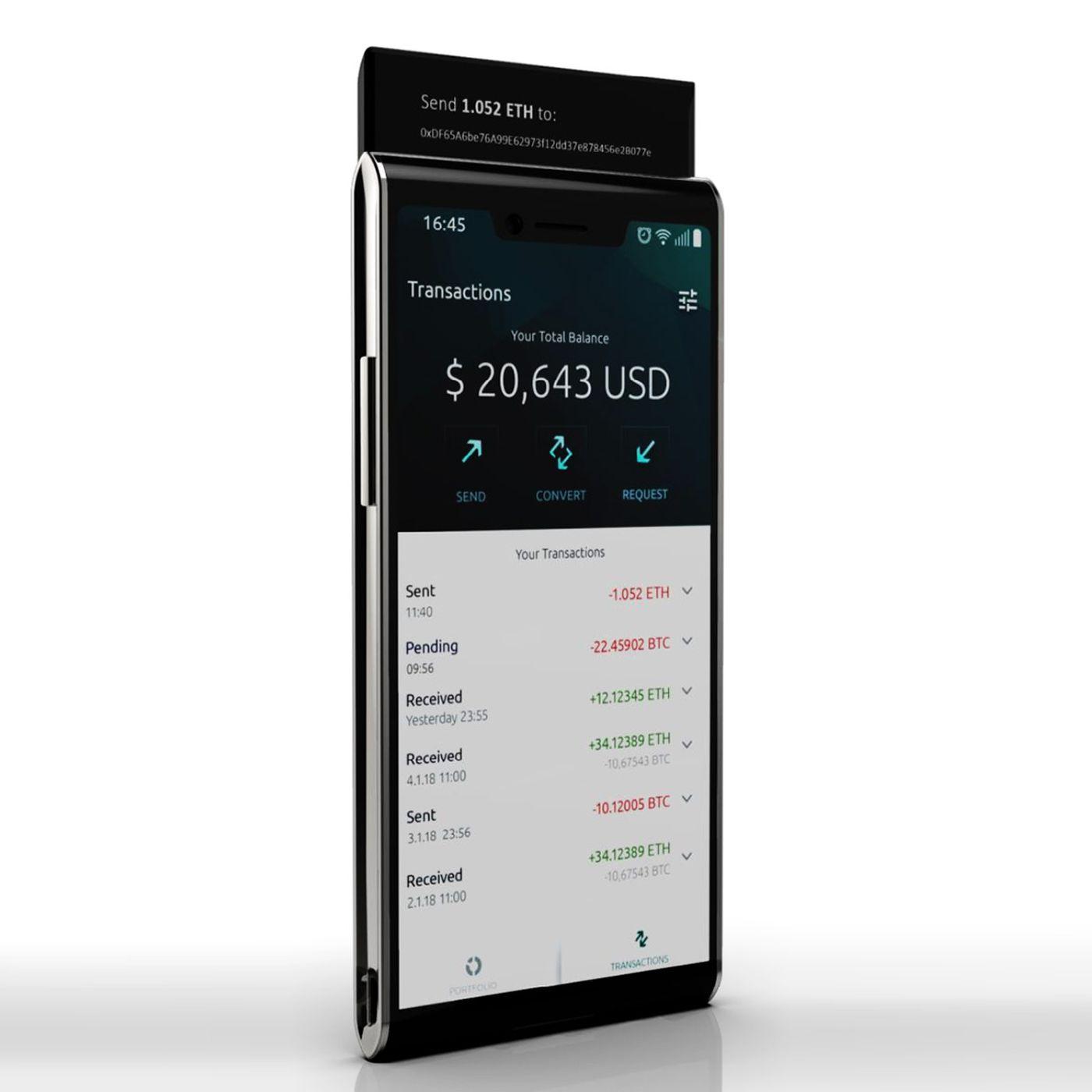 The Finney phone allows you to trade cryptocurrencies

Imagine you’re playing Angry Birds and the coins you’re gathering are actually cryptocurrency tokens with real value behind them. This means a really good run could yield you a few dollars, adding another strong incentive to play the game and play it well. It fundamentally changes the gaming industry because no longer will gaming be considered a waste of time. You’re now exchanging your time in return for money.

What Are the Top 3 DGames? 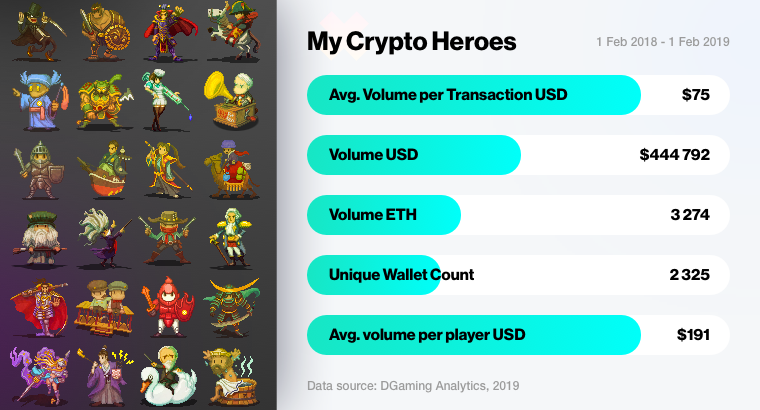 My Crypto Heroes (MCH) is a popular Japanese DGame that you can play on smartphones and desktop browsers. You collect and train Heroes to fight monsters as well as other players. If you win, you’ll receive weapons, armor, and other loot that you can use to equip your Heroes with or to trade with other players. Currently, the game averages over a thousand players a day, with players trading between a minimum of 30 ETH (approximately $4,500) to around 330 ETH ($50,000) a day.

While this of course isn’t at the level of a PUBG or a Fortnite, it still shows that people are interested and that they’re actively trading digital assets that they gather in a game. Additionally, $50,000 a day is over $18 million a year. If the game developers take a small transaction fee, that shows the potential of a considerable amount of money for what’s a relatively new and simple game. 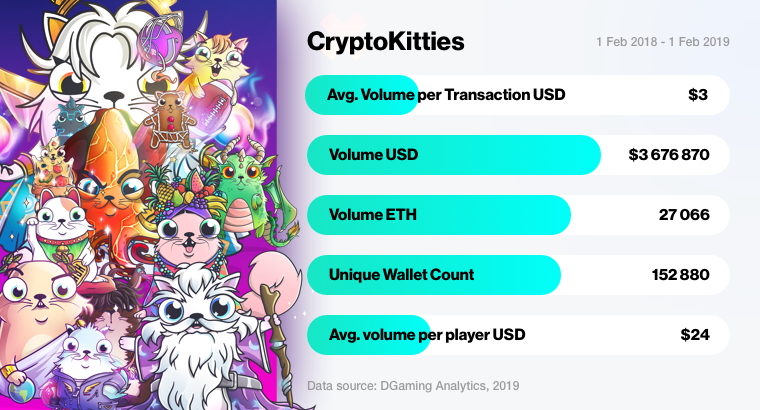 CryptoKitties was the game that showed the potential of the DGaming industry. In December 2017, the game became so popular it clogged up the Ethereum blockchain platform it was built on. At its peak, almost 15,000 people played the game every day, with $3,676870 in volume using today’s (28/02/2019) ETH > USD exchange rate.

And yet the game is at its core very simple: you buy a cute CryptoKitty, kit them out with some cool gear if you want, and either sell them or keep them. That’s it. There’s not much more to it. But the fact that you could sell those CryptoKitties for more than you bought them for, and ultimately exchange them for real money, had people come back to the game over and over. Even today, CryptoKitties is one of the most popular DGames out there. 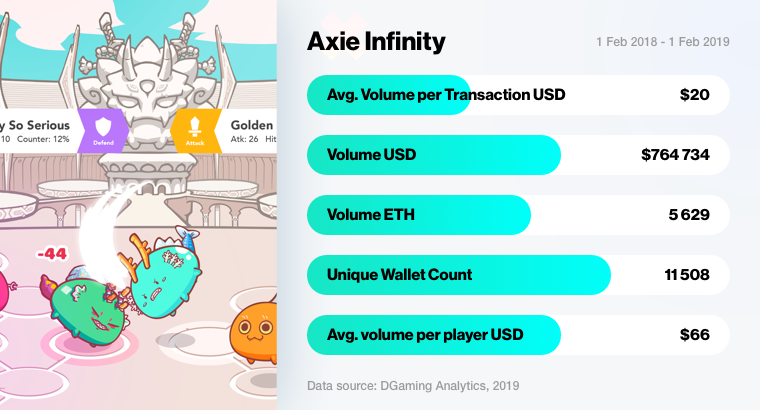 Axie Infinity is one of the most promising and most complex DGames available today. It starts out in a similar fashion to CryptoKitties: you collect Axies either by buying them or breeding them, and take care of them in a little place that’s called a Terrarium. Where it differs from CryptoKitties is that you can fight your Axies with the Axies of other players. Each Axie has a wide variety of skills and attributes that dictate how well they’ll perform, and you can arrange their skills in such a way that they’ll be more or less effective.

Ever since its release, Axie has been adding features to the game, and its userbase has been growing as a result. Currently, over a hundred players a day play Axie Infinity. It’s a fun game to play and it’s relatively easy to set up too. If you want to understand what a DGame is and how it differs from a traditional game, Axie Infinity is a great place to start.

The DGaming industry is still in its infancy. Compared with traditional games, DGames are relatively simple and small. But that’s how everything starts. Although the benefits of blockchain technology are already known theoretically, game developers are still experimenting as to how they can best integrate that into a game.

The thousands of players that play DGames show that there is a market for it, that people are interested in these kinds of games. As time goes on and as DGames improve, it seems inevitable that all games will eventually incorporate some aspect of blockchain technology to make for a more compelling offer. As it stands today, DGames give a glimpse into the future of gaming.

All You Need to Know About the Chinese Mobile Games Market: Genres, Publishers, Brands, and Features