Mobile game industry is still young, but I am certain that it will soon be “conquered” by predictive analytics. These are the three most important things that we predict that will change when this happens:

1. Resources will be used more efficiently

There are over 300.000 games in App Store, and most have no chance of success. Rovio made 51 games before they hit the spot with Angry Birds. The best free-to-play publishers and developers allocate three to six months for soft launch testing. But it doesn’t need to be this way.

The best free-to-play publishers and developers allocate three to six months for soft launch testing. But it doesn’t need to be this way.

Other industries can demonstrate how predictive analytics help save resources and increase the hit rate. Take television ads for instance, which is thought to be a highly creative process (as is developing mobile games). This was totally true during the 60s and the era of “Mad Men”, but today, when competition is much tougher (as in the mobile game industry), the requirements are also much higher. AT&T, one of the world’s biggest telecom operators, uses predictive analytics to increase the hit rate of TV Ads.

Other industries can demonstrate how predictive analytics help save resources and increase the hit rate.

Their data science team collects data from hundreds of ads ranging from what type of humor was used, how characters interacted with each other and what type of the storyline was used. Based on the collected data, they built a predictive model that forecasts the success of a new ad, determined by its features. In this way they find an optimal set of features for their TV ad. The result: the campaign was the most successful in AT&T’s history (and they sure have done a lot of campaigns) and generated over $50 million in sales (to see the ad, just search “AT&T lily ad” in YouTube).

The same approach can be used to predict the success of mobile games that are only in theconcept phase. What this means in practice is that instead of having about 0,01% – 1% chance of reaching to the top grossing 200 list with your game or game concept (unless you have the user acquisition dollars or cross promotion resources of those already in the Top Grossing), you could multiply your chances.

Based on GameRefinery’s database games which feature set has been optimized  using predictive analytics engine have 10-40% probability of reaching the top 200 list.   So, instead of doing 50+ games you need only to make 2-3 games to get to the same result. 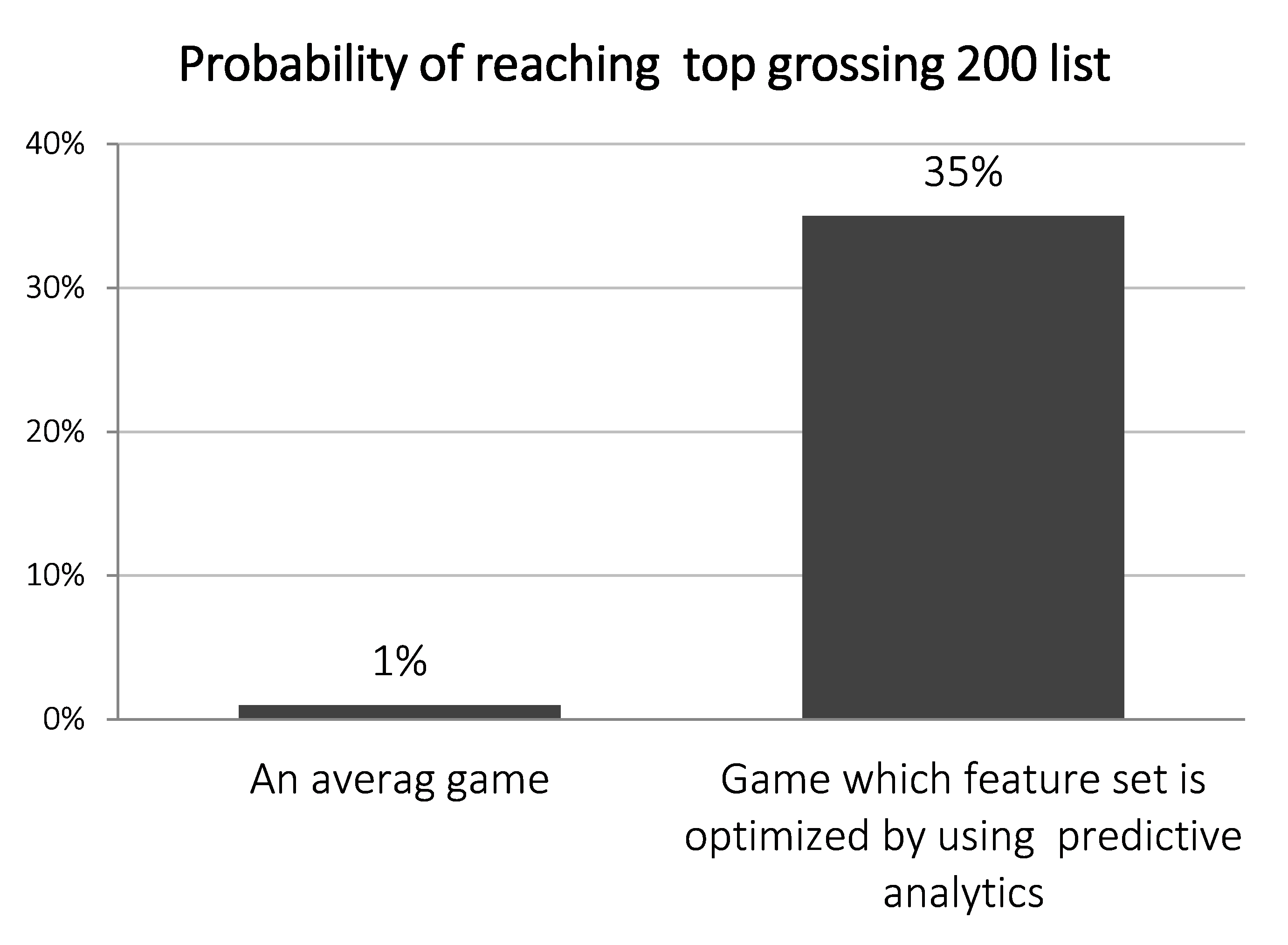 This was the part I of the blog series. More to come next week…