When you’re trying to get some inspiration for certain features or trying to make something with a little bit of unique twist, you’ll always have to do quite a bit of research. Now, conducting market research without the right tools will surely drain our energy and leave little room for any actually good ideas. In this post, I’ll share one interesting approach with a concrete new example that I think will show the value of GameRefinery.

How should you proceed?

I started by filtering the market based on this feature in Market Explorer to if there are some popularity differences between Japan, the US & China (iOS), and it turns out there are indeed. (I also did a little bit of a deep dive checking what are the sub-genre shares in each market)

After this, I headed to implementation Examples and filtered the search with Rentable items/characters/units/buildings and took a look at various implementation examples to see what are these different features offering. This gave me a good idea of different implementations of different games and what they offer. (You can also create a folder to collect all of these in there if you’d like) 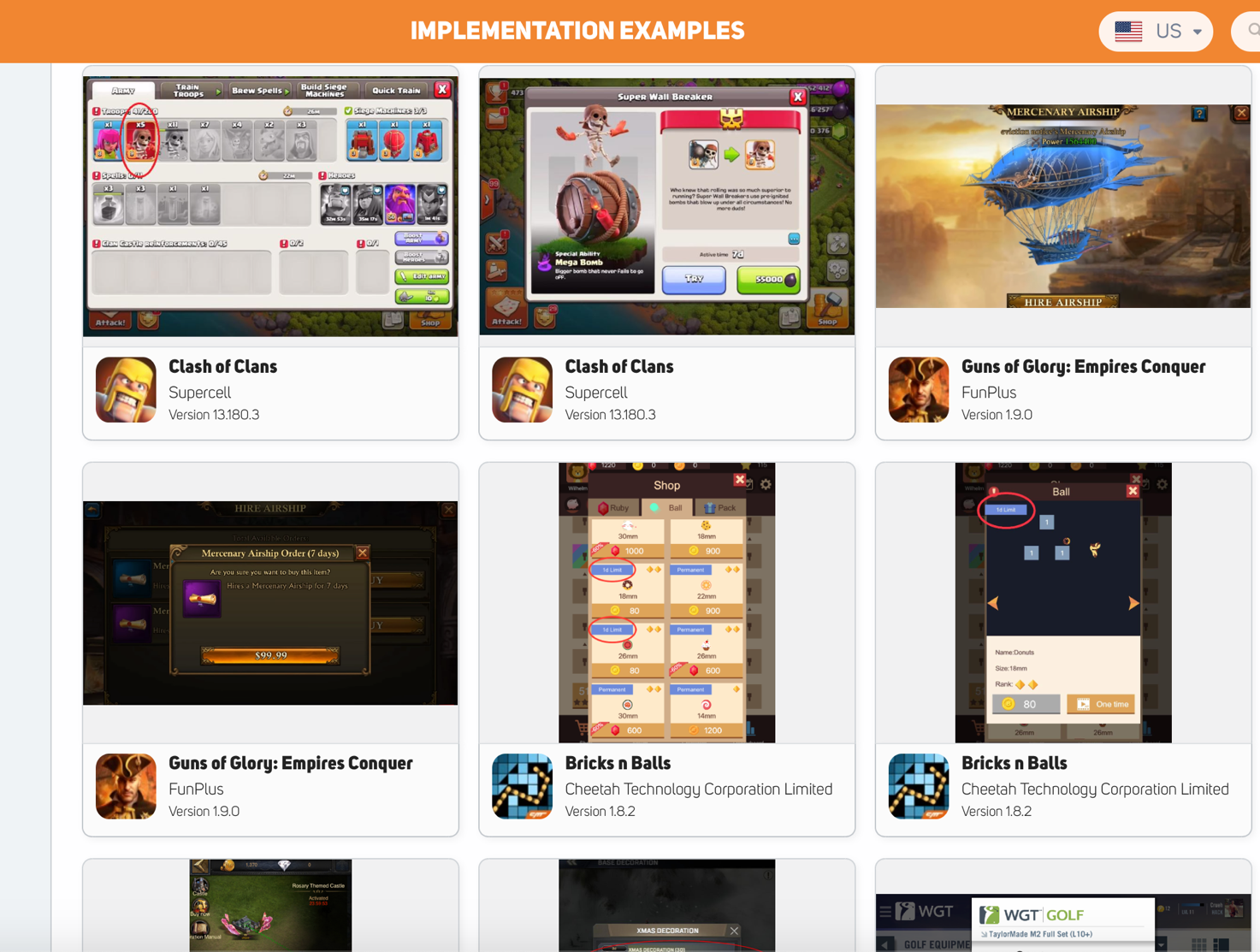 Next, I picked up some games that I had seen in Market Explorer that have the Rentable items/characters/units/buildings feature and made a couple of comparisons with several games. 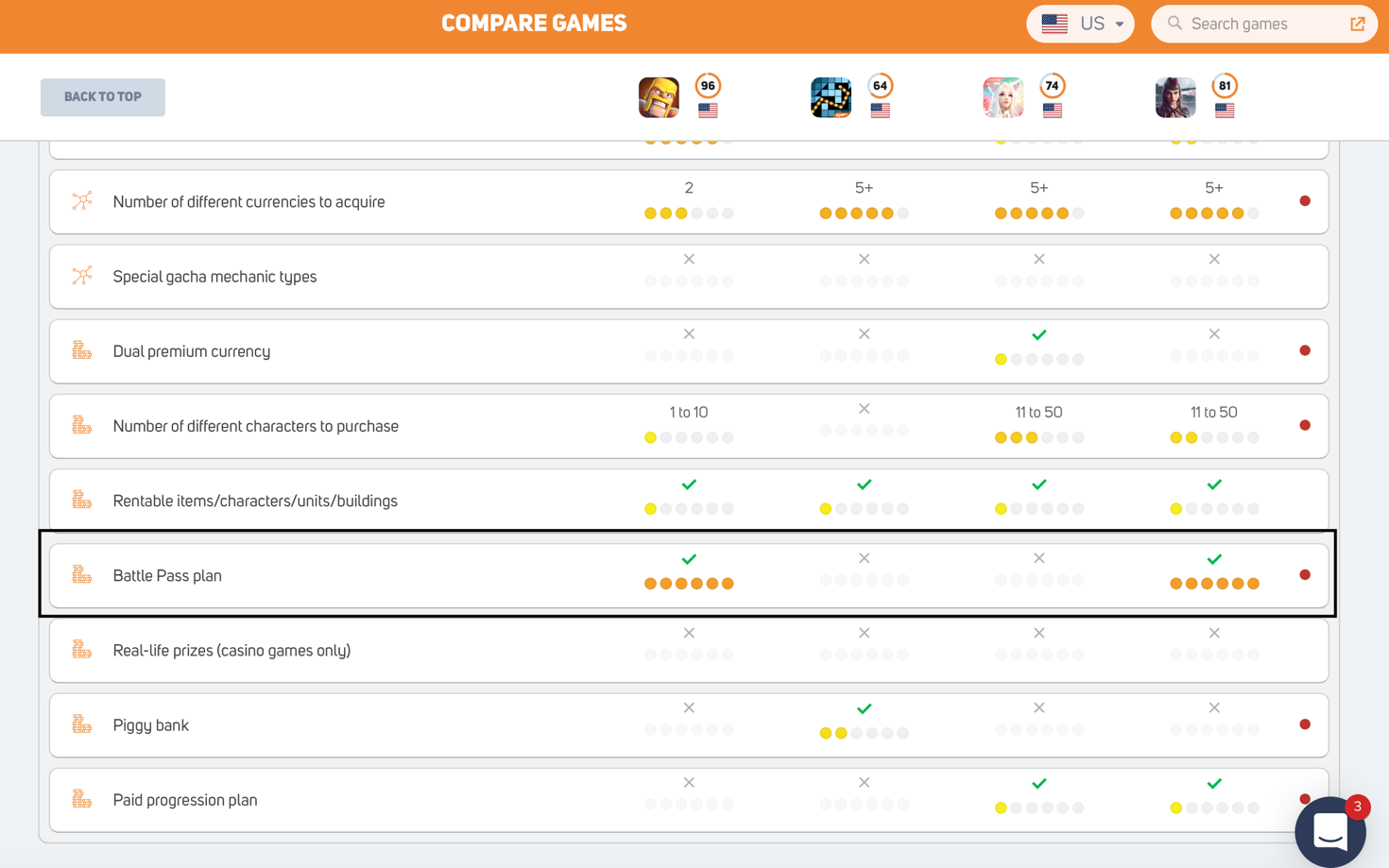 I also took a look at Market Explorer’s feature data for games with Rentable items/characters/units/buildings and found that the Battle Pass is quite common with high impact in the US (iOS), even more so than in China & Japan. 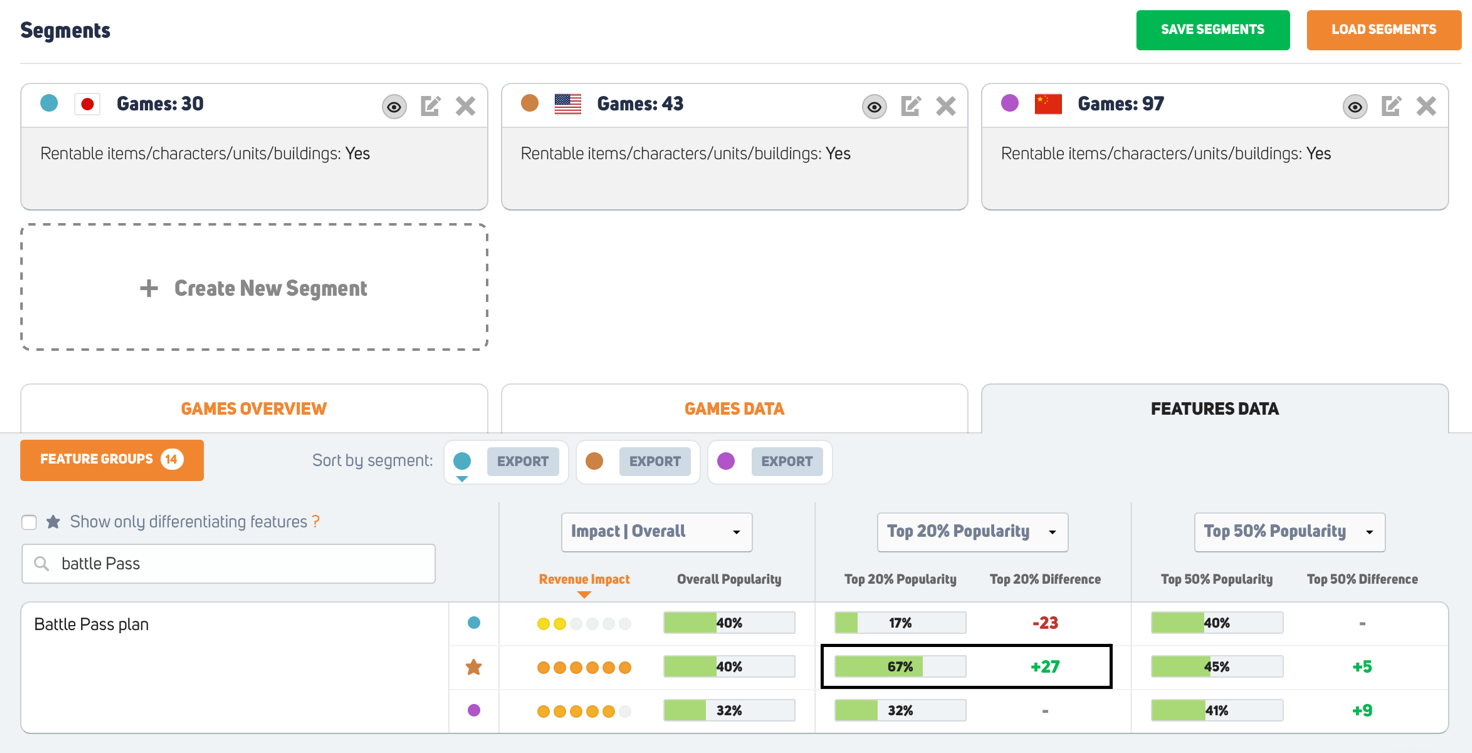 Looking at these features in different games and comparing popularity differences between markets, I got the idea of combining Rentable items/characters/units/buildings AND the Battle Pass plan.

The IDEA with a twist

So the idea originated from the Battle Pass plan where you buy it and get better rewards by completing different tasks/milestones.

What I came up with was that what if you could have Rentable items / characters /units / buildings, but you would have the option to claim this for free IF you would complete certain milestones or tasks?

Now, of course, I’m not an expert in game design, and I’m sure that you are much much better at it than I am, but think of what I already achieved in such a short time. Someone with your skills could come up with amazing things. BUT only if you have the right tools to save you time researching so that you can focus on thinking 😉

Ready to get started? Get in touch with me here or on LinkedIn